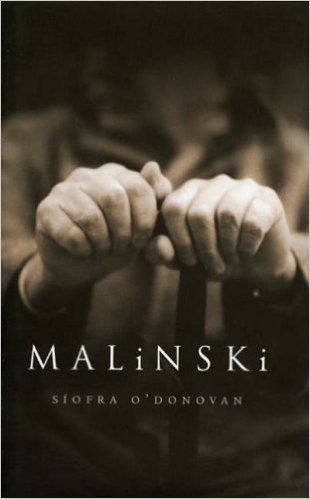 This novel is now in preparation to be republished in Europe. My agent, Eva Dietrich, is in negotiations with a publisher in Germany. It is still available from:

Or as a last resort, use Amazon. But they are a serious ruin to publishers and authors. Thanks, Bezos. https://www.amazon.com/Malinski-Siofra-ODonovan/dp/1901866696

Two young brothers in Lvov, separated by war. Henryk, imprisoned by the Nazis with his mother in the family home, flees with her ahead of the advancing Soviets, eventually settling in Ireland. Stanislav takes refuge with an aunt in Krakow, where he lives out the decades of his life. Half a century later, after the fall of communism, Stanislav receives a letter: Henryk, who now styles himself Henry Foley, is coming for a visit.

Malinski is a novel of memory and loss, an exploration of the ways in which human beings invent themselves and imagine other people’s lives. It is written with a concentrated grace that announces Síofra O’Donovan as a major new talent in Irish fiction. 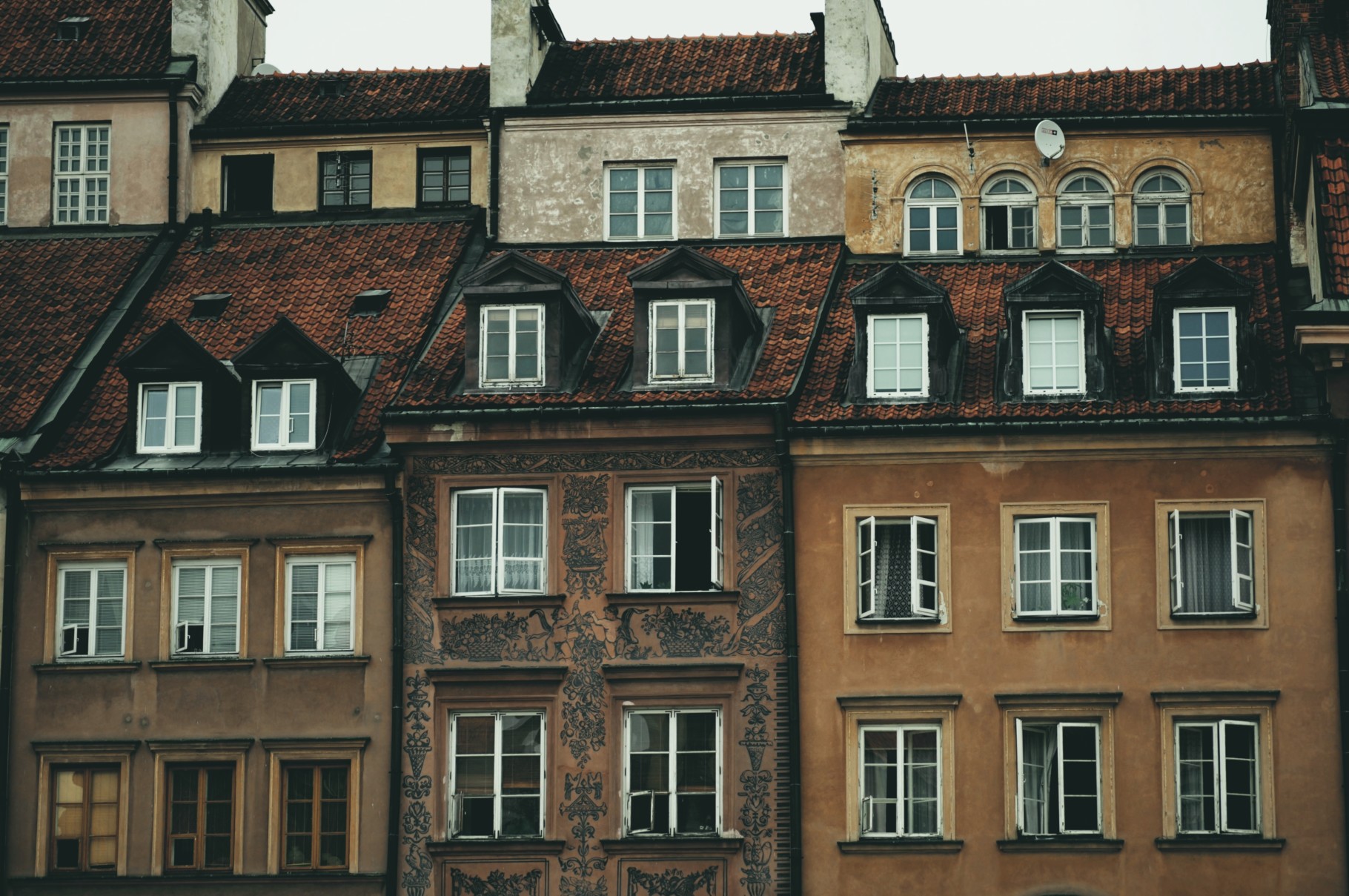 Malinski was launched by His Excellency the Ambassador of Poland in the AIB Headquarters in September 2000. It was acclaimed by The Irish Times, Irish Independent, Sunday Business Post, Sunday Tribune, The Irish Examiner, The Warsaw Voice and Rzeczpospolita, the Polish national newspaper. It sold out in hardback and is now in paperback. It was published in Poland by Arteria Press, Poland in 2003 and they no longer hold the Polish rights for this book. They no longer exist as a company.

‘…a well crafted, intelligent story…There is much to admire in O’Donovan’s novel: her treatment of memory and the tricks it can play give the story its shape; her writing is confident and her descriptions powerful, often beautiful… Malinski is a strong debut that marks O’Donovan as a writer to watch.’ Irish Times

‘O’Donovan’s debut is compelling and full of promise.’ Irish Independent

‘The language of the novel is porcelain, eerie and crystal. One feels that each word is an exact choice… O’Donovan gets under the skin of her characters and they are sensitively and acutely portrayed… It is refreshing to see such a fine Irish novel take the stage from this side of the Irish Sea.’ Sunday Business Post

‘In Malinski , O’Donovan handles gracefully and with thoughtful attention to detail a variety of settings, characters and moods…the flair with which she describes Cracow- past and present, the ageing Stanislav, the chipper atmosphere and banter of Henry’s green Irish island entourage and the mother’s impenetrable isolated persona all point to a bright literary future.’ The Warsaw Voice

‘We can look forward with confidence to Siofra O’Donovan’s next book.. simple, clearsighted and uncluttered.’ Sunday Tribune

‘Malinski is ultimately a very heart-felt novel.’ The Irish Examiner

‘O’Donovan’s choice of two elderly Polish men for her first fictional characters is ambitious, but her finely crafted descriptions of war-torn Cracow and the poignancy of a prose that is lyrical without being over-stated lend the Malinski brothers a dignity and pathos that rings true.’ Irish Times Paperback review 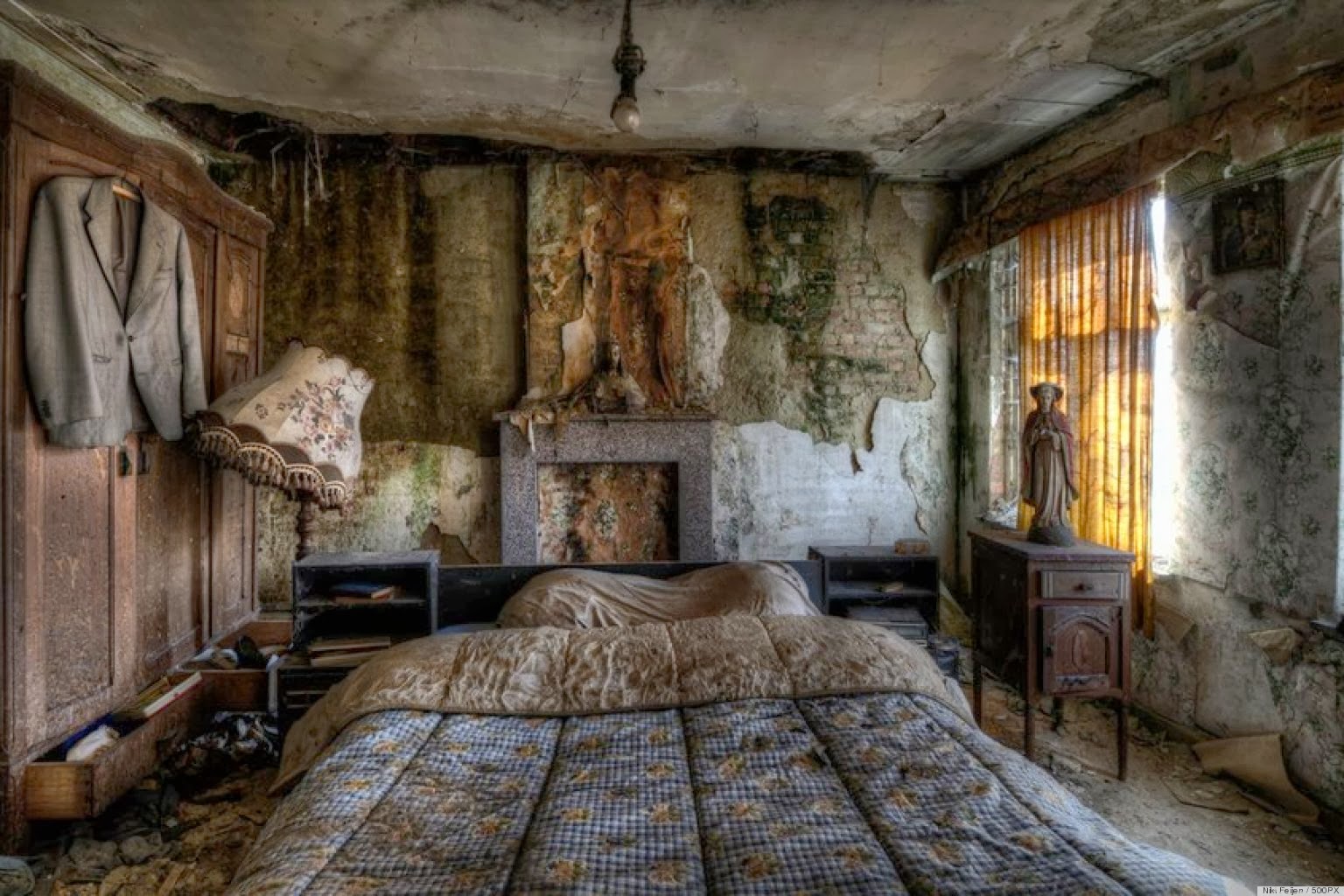 I am an old man now. I live here, on the top floor of a tower block overlooking the Vistula. Since the war, since Mama left. Since the Germans came and the Germans left and the Russians came, scarlet red, and left us grey.

I should have died in the war. Instead, I was preserved. Like my bureau, my wingback chair, my rococo clock. Not much left of the manor, but enough. I sometimes press my cheek against the bureau and hear my father scratching on it with his ivory pen. I lean my ear against the little clock and hear it echo across the wooden floors in Lvov. And I crawl like an insistent louse into the drawers, between the hinges, down the bevelling, where memory has not been erased.

Mama had the chattels sent up to Krakow during the war. I have kept them for her as long as I have kept her pickles in the cellar. Rows of obedient little jars—cherries, onions, herrings, plums that were smuggled past the Third Reich. Do I clutch too much? Mama said I did and maybe that is why I lost her. But I did not lose her, she left me. She left me, they left me. They left without me, the day the Germans came, and they never came back.

It is here in this room that I shall greet my brother Henryk, alias Henry, forty-nine years since our parting.

Two years before the Germans came to Lvov, a Russian commission threw us out of our house. It was 1939. We went to live with the peasants. Jozef guarded the family paintings in a barn loft. They slept on their backs for the war, wrapped in linen. I do not know what became of them but I am convinced that I will chance upon them in a museum some day before I die.

There was a portrait of my grandfather. He peered out of the canvas, the manor dangling on the horizon behind him. He was a cautious, patriotic man who despaired over his ever-shrinking estate. The more stubborn his stance on independence from the Tsar, the more was hacked off his estate and handed to the peasants. It was like a large woollen cardigan that would not stop unravelling. By the time my father was born, it was a modest estate. We had no empire furniture, no chandeliers, no ballroom. We had ourselves and our books.

There was another painting: an odd, slanting view of Kaz- imierz-Dolny. Its perspective was naive, its brushwork rough and thick. It had an unsettling effect on me. Each of the rickety houses looked as if it might topple down the hill. I did not like that. I had always had a fear of houses toppling over. When scarlet fever took my grandfather, Mama hid the painting in the attic. She thought it crude.

June, 1941. The cuckoo peasants, who for two years had occupied the manor, fled. German panzers prowled around the border. We thought we still had time. Mama brought us back to the manor to fetch her hats and dig up the silver. There was blood on our floorboards. I found Papa’s bearskins lying on the beds with their heads propped up against the walls. There were chickens in the dining room and a pig that grunted at us rudely, as if we had intruded. Most of our furniture was there, all scratched and with the stuffing spiralling out of holes in the upholstery. The bureau and the wingback were safe in Krakow in my aunt Magdalena’s home.

I could not understand how we had chanced upon this war, or it had chanced upon us, since we had never done a thing but live in a house and eat and sleep and play music and dance and, well, Papa had hunted, but he had never shot a Russian or a German. I stood there with Mama, aghast at what they’d done. Those mindless chickens. That hairy pig. The bloody floor. The ugly rope stretched across the hall with coal-stained linens draped over it.

Mama did not let us see her tears. But I heard her sniffling under the straw hat she’d just stolen back. When I kissed her, she smelt of mildew and I blamed the war. I watched her, trembling across the hall in her hat, like a resurrected lamp-stand. She phaffed at the filthy linens as she stooped to pass them by and led us both by the hand out to the veranda. I looked back at Papa’s deer heads, whose bodies, I had always fancied, were cemented into the thick hall walls. Those glass eyes had seen it all. We left them behind, stuck in the walls. That was my last visit to the manor. Never to return. When the Russians came back, our land was collectivized. Ten families moved into the house. The paddocks were ploughed under. The orchards, the fields, the grounds all became part of Kolkzoz no. 187.

Jozef took Mama and Henryk and me away from the manor in his farm cart. We sped past fields of yellow flowers. A stork hovered over us a while, then quit the sky and drowned among the flowers. Mama blessed herself and kissed our hands. She prayed to the sky in Latin. We galloped on and on, our home a sad grey dot behind us.

Little Henryk huddled up beside her legs and cried there. Mama ran her fingers through his hair. I stayed still and I said nothing.

‘Mama,’ said Henryk, ‘are we going to hell? Did we do something wrong?’

And she stroked his cheek with her damp hand. But I stayed still and I did not take her other hand. Mama praying under her breath, Jesus, Jesus, Jesus Mary, maybe we are going to hell. I wonder did you hear it, Henryk.

Jozef’s wife gave us borsch and dry bread. We were to take a train to Krakow to my mother’s sister’s home. But something happened. Henryk: he howled. He howled and stamped his feet and banged his fists on his thighs. He flung his soup on the floor and smashed his dry bread under his boot. When Mama slapped him, he just howled more.

‘Jesus Mary what is it? What is it? And you dare to fling your soup on the floor in someone else’s home?’

Jozef’s wife picked up the bowl and licked it. She put the dry crumbs in it and nibbled at them in the corner, her big eyes fixed on the howling boy.

He told Mama it was in the attic of the manor, where he’d left it, before the war. Why, Henryk, did you not get it when we went back?

‘The pig,’ he said. ‘The big fat pig. And we were in a hurry and I forgot. The big black pig. It’s his fault! It’s all his fault! It’s not my fault!’ And he fell into Mama’s lap. He looked up at her with his bewitching little eyes (which were her own), and the wish, war or no war, was granted.

Jozef’s face hung under the oil lamp, full of shadows. Surely there would be time, Mama said, before the Germans came, surely they could make it back with the toy train? Really, it wasn’t far away. Surely there was time. There was no time, said Jozef, but he’d bring them anyway. Something rumbled in the distance. Jozef got up. He would bring them back. After all, it wasn’t very far.

Henryk stood at the far corner of the table, straight-backed and expressionless, awaiting the execution of his order.

‘They’ll have you hung and shot! Pani Malinska, forgive me, but you are mad.’ Mama scowled at Jozef’s wife. Another rumble in the distance. A piece of earth, I thought. A piece of earth has fallen. There is a hole in the earth and we will all fall into it. Mama held my face in her hands and kissed my forehead.

Of course they never came back. I never saw Mama again. That spoilt, collaborating little brat stole my darling Mama and gave her to the Germans. I cannot forgive that child: pouting, slate-eyed, as convinced as the enemy. Now he is an aging man, like me. He will come to my apartment.